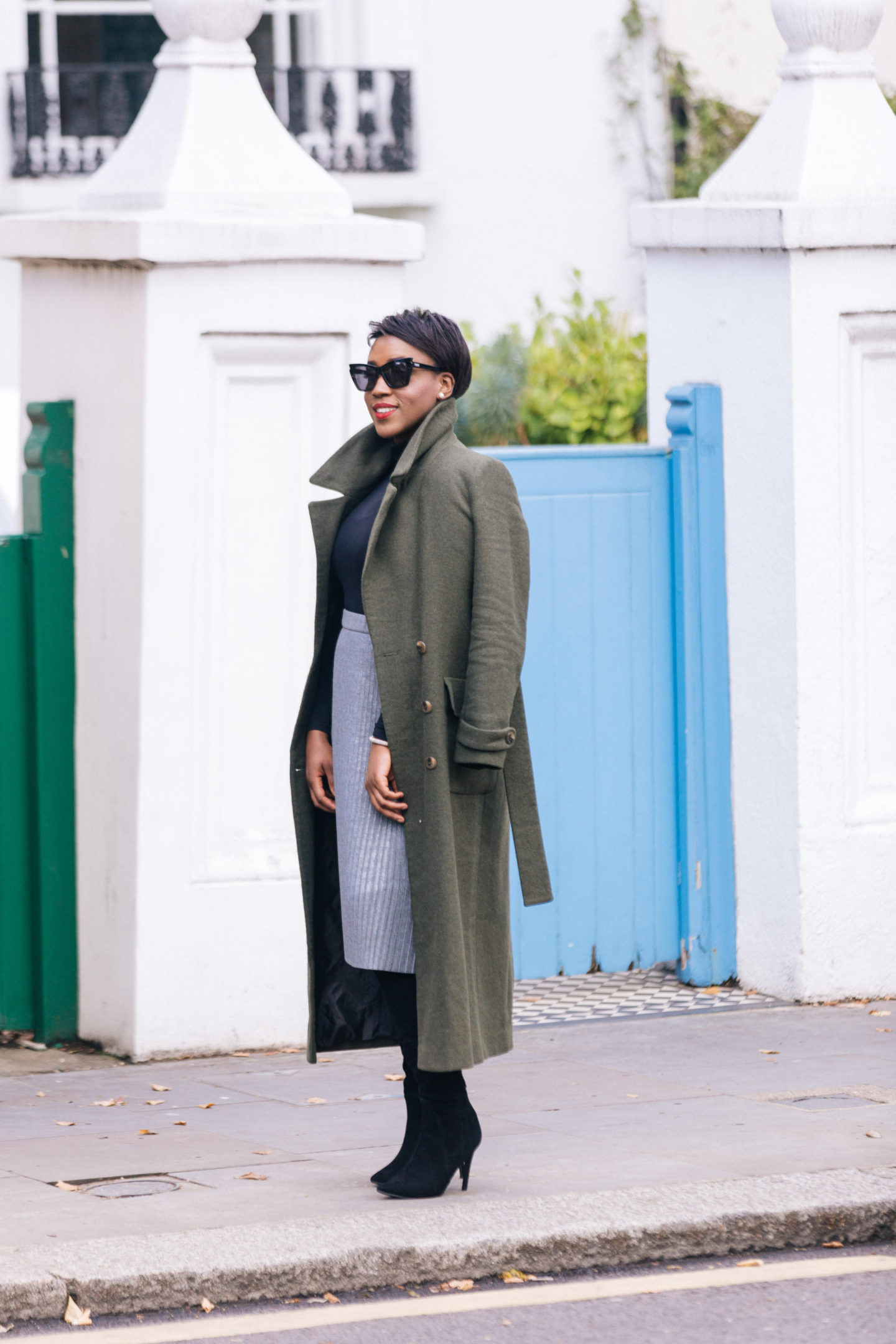 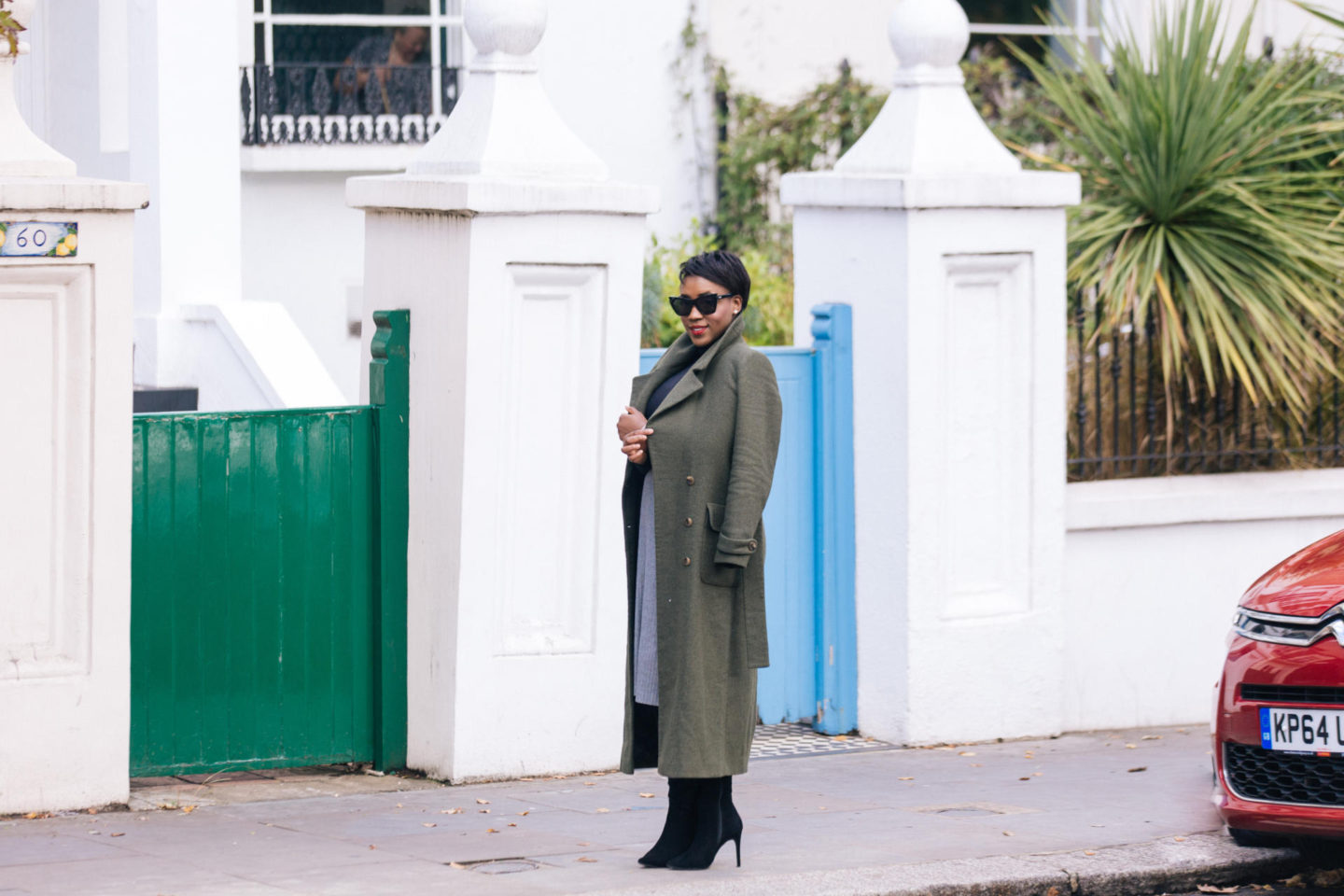 A few weeks ago I was in ‘panic-I’m-not-good-enough-everyone-is-better-smarter-more-able-than-I-am’ mode.  This was triggered by being in new terrains, a new place that explicitly placed a non-negotiable demand of ‘more’.  I simply was required to be and do more.

Being in a new place often means being stretched, which can be quite a frightening experience, especially when you have not been stretched to such capacities before. This, well at least for me, triggers a train of thoughts, or rather a train of questions such as:

Can I or will I cope?

Am I capable of the task ahead?

Do I deserve to be here?

Am I here by mistake?

Will I crumble at the first major challenge?

A few weeks ago, I asked myself these questions and many others on a daily basis.  I was now in a place surrounded by a group of people that I perceived to be smarter, brighter, and more articulate. Don’t worry this is not a pity me post I’m not about that ‘woe is me’ life.  But I did know by virtue of being part of this group, I was expected to perform at the same level, and deliver to at least the same standards as my new peers.

As the expectation sank in I saw myself slowly retracting and cowering. 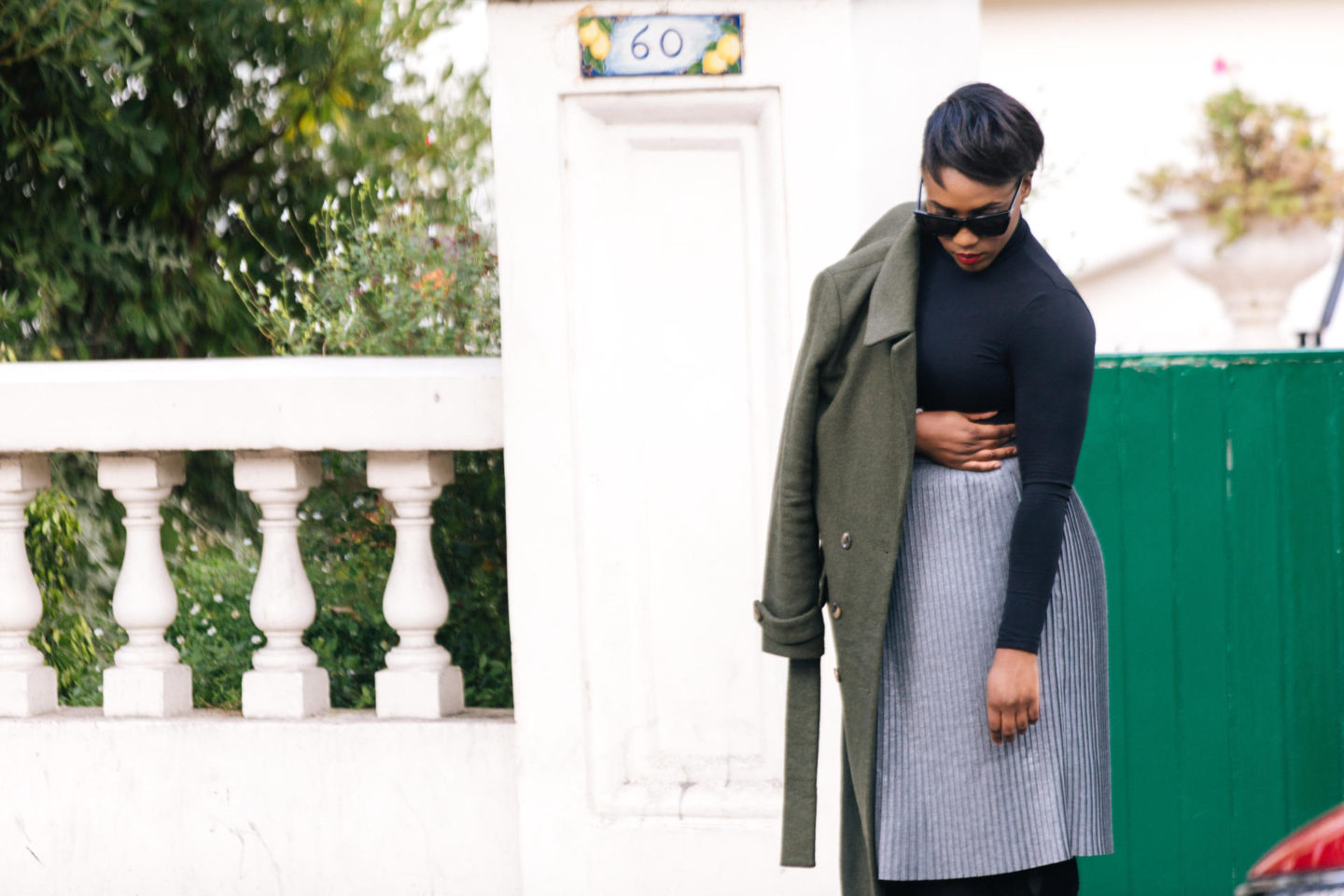 A part of me was afraid by the threat of where I was and who I was not. And the other part of me was actively trying to fight the intimidation and overcome the fear. By trying. Let’s just say the latter part of this conflict was the lesser part so I felt small and inadequate.
I thank God that giving up is not really part of my life’s mantra. But I am still queen of excuses, stalling, procrastinating and avoidance.  I knew very well that these techniques and my current state of mind was not helpful in navigating this new season of life.  So I took myself to the Lord in prayer, explicitly stating all my fears, insecurities and concerns one by one.

During this emotional and vulnerable time of pouring out, I was reminded of a story in Numbers 13 that deals with intimidation and fear.

For those of you unfamiliar with the story I ‘ll give you a brief run through.

The Israelites had left Egypt and were in the wilderness. They were on the cusp of transitioning from the desert place to the Promised Land.  In this particular passage, God told Moses to send men to scout out the country of Canaan; the land He had promised to Abraham that his people (the Israelites) would possess.  God instructed Moses to send one man from each ancestral tribe, each one a tried-and-true leader in the tribe.” So Moses sent them off from the Wilderness of Paran at the command of God. All of them were leaders in Israel, one from each tribe (taken from Numbers 13:1-2, The Message translation).

Let’s pause for a brief moment. I want you to imagine you were one of the Israelites.  Imagine you have been in this dry, desolate place for a while, and all you have been clinging on to is the hope and expectation that God was taking you to a new place. A much better place.  A place of abundance. A place where there are plenty of resources, opportunities. A place where you will thrive and be established.

You have now been told by your leader that the Promised Land in nigh, but before possessing and moving into the land, a few men will go and have a quick browse of what is there and report back to the rest of the clan.

I would like to think if I was amongst the men that were sent to scout the land I would eagerly get myself together with a positive mindset, a confident attitude (because this land has been promised to me after all) and come back with great feedback of our new home.

This wasn’t the case in this story. You had Caleb – who was like, ‘YEP! Let’s get it! We are ready to possess the land’. But the others, the majority were struck by ‘what they saw’ and thus came back disheartened and discouraged.

I want you to hold this in the back of your mind for a moment – the thought of entering this Promise Land was not their thought, or idea. It was a Word that was given to them by The One who delivered them from Egypt.  So you know it has come from a completely reliable source- based on past experience of successful deliverance and freedom.That in itself should give have given them enough confidence to go forth, right? But instead of going and returning with that confidence, the men, the leaders get there and become intimidated and afraid.

27-29 – “We went to the land to which you sent us and, oh! It does flow with milk and honey! Just look at this fruit! The only thing is that the people who live there are fierce, their cities are huge and well fortified. Worse yet, we saw descendants of the giant Anak. Amalekites are spread out in the Negev; Hittites, Jebusites, and Amorites hold the hill country; and the Canaanites are established on the Mediterranean Sea and along the Jordan.”
30 – Caleb interrupted, called for silence before Moses and said, “Let’s go up and take the land—now. We can do it.”
31-33 –  “But the others said, “We can’t attack those people; they’re way stronger than we are.” They spread scary rumours among the People of Israel. They said, “We scouted out the land from one end to the other—it’s a land that swallows people whole. Everybody we saw was huge. Why, we even saw the Nephilim giants (the Anak giants come from the Nephilim). Alongside them we felt like grasshoppers. And they looked down on us as if we were grasshoppers.”

In reading this passage I was reminded that Perspective and Reality are two different things.
Caleb went to scout the same land as the other men, but he came back with a different report.

Simple. It’s all about perspective.

The perspective of these men were they were inferior, smaller, ‘grasshoppers’.

First of all, the reality was they were not grasshoppers they were humans. That was an objective fact.  They were also not inferior, in fact they had the upper hand because they had The Lord of Host on their side, but they could not see that.

As I reflected on this, I started to think about my situation and reasoned my perspective was just that, my perspective which was not an accurate representation of reality.

And so I began thinking about things that affect one’s perspectives:

1. Knowledge of who you are and what you’ve got.

2. Understanding of the situation and what exactly is required of you (note: what is required is different from what you think is required.)

3. Where you’re standing (or sitting) – We know that if we are in a place where our view of what is ahead is obstructed, our description of what we can see will not be a full account of what is actually before us.  It will be limited to the fragments we see because of the subordinate position we look from.

4. Previous experiences – This can include past failures and past successes.  It is important that we should not fall into the snare of generalising. One or even a few failures does not necessarily mean you will always fail. Let us refrain from predicting the future based on one or two instances.
5. Belief system – What do you believe and more importantly in Whom do you believe?

6. The eyes of those around you –  There is an old African Proverb that says something along the lines of, an elder can see more sitting down than a child can standing up.  I should have Googled the actual phrase before inserting it, but the main point is that even when your eyes or your vision fail, it is good, actually it is important to have those around you who can see beyond your limitations.  Through their experience and wisdom they can help guide and push you towards the goals ahead.

The Spirit reminded me that just like these men, my perspective was negatively skewed.  The reality is like these men I did have the upper hand because ‘greater is He that is in me than he that is in the world’ (1 John 4:4).  So my reality in this case was that I had, well have a secret weapon, and despite my inadequacies and shortcomings The One who resides in me covers all of that and will enable me to stand in the midst of people and shine.

So having considered the facts of the situation I reasoned:

I was reminded of these scriptures:

“Anyone who believes in him will never be put to shame.”

Have I not commanded you? Be strong and courageous. Do not be afraid; do not be discouraged, for the LORD your God will be with you wherever you go.”

Those who know your name trust in you, for you, LORD, have never forsaken those who seek you.

Trust in the LORD with all your heart and lean not on your own understanding; 6 in all your ways submit to him, and he will make your paths straight.

As I pondered on these scriptures I thought how would God look if He instructed them to go scout the land that He said He was going to give them, then allow them to be consumed and defeated by the inhabitants of that land? Let’s take spirituality out of it for a moment, if you instruct someone to go out and do something, one would be right to think that you are equipped to support and render provisions needed to succeed in that pursuit, right?  Seems like a fairly logical way of thinking, but when in panic mode, or when being confronted by a new challenge this rational way of thinking is sometimes no where to be found.

I took a step back and thought to myself, The One who has put me here surely would not leave me, will He? I mean He honours His Word more than His name (Psalm 138:2).  Him promising that I am with you always, even unto the end of the world (Matthew 28:20). He actually means He is with us throughout, even in our darkest, loneliest and most insecure state He is there. 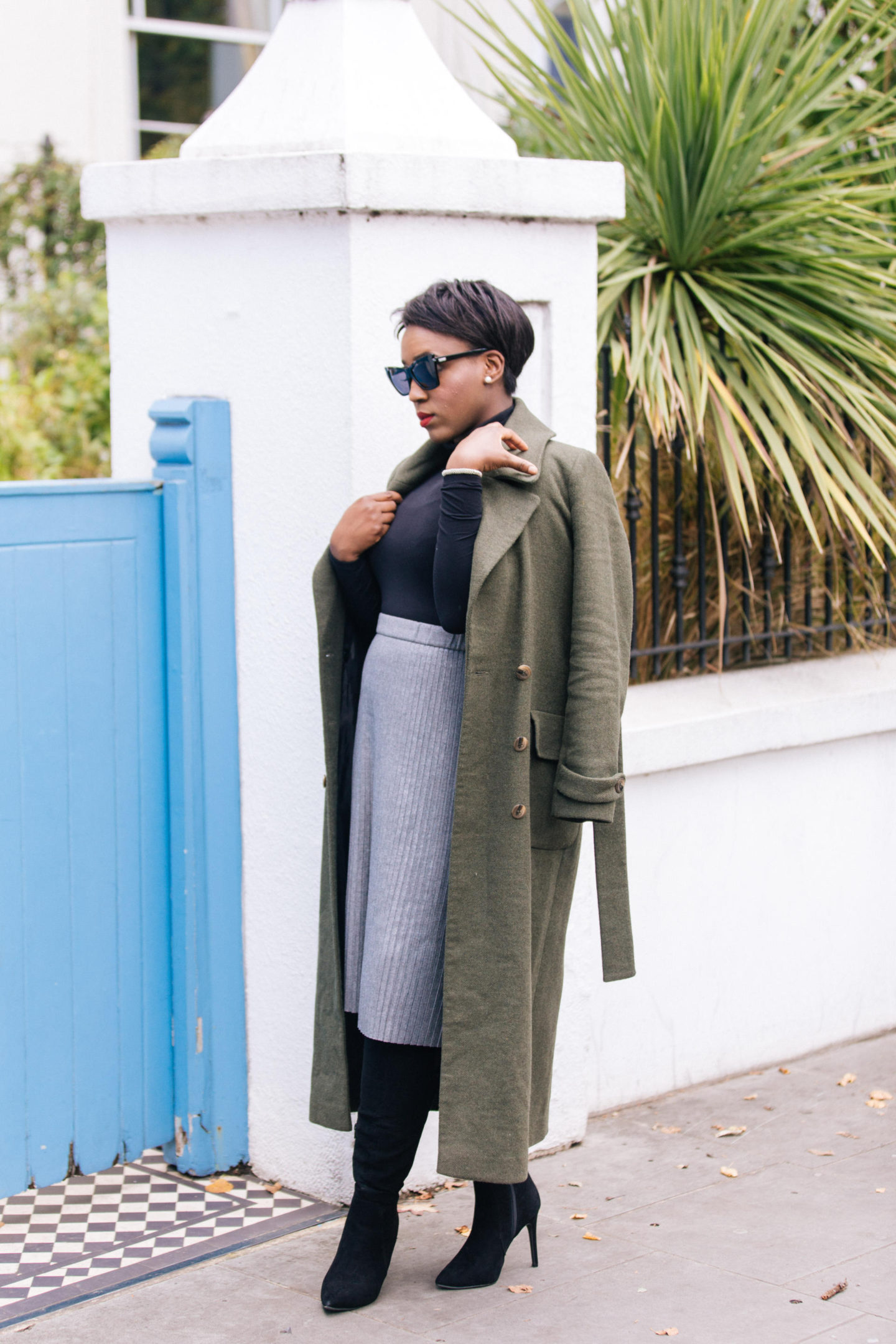 As we consider where we are individually, or even collectively in these last few weeks running up to the end of the year we may feel like grasshoppers in comparison to the magnitude of what we have left to face or achieve.  Just to encourage you, our reality is not necessarily what we see or hear, but our reality is what we find in God’s Word.

I have been constantly reminding myself The Lord will perfect that which concerns me; Because His endures forever; And he does not forsake the works of His hands.  Therefore, we need to be confident that God, who began the good work within you, will continue his work until it is finally finished on the day when Christ Jesus returns (Philippians 1:6).